Primarily with the above 5 speed gearboxes you will either have an ML type without detents Ml type with detents or the MG type , a few years back you could still purchase new gears , but now they are mostly what’s classed as “dropped” or “NLS” by the dealers, the gearboxes are shared across 3 distinct brands, 2 French and 1 Italian.

Clutches can be either standard or pull type & either cable or hydraulic operation, pull clutches work in the opposite to push and are used where a higher clamping force is required , very common in anything with the 2.8 diesel engine. There a still lot of garages that don’t quite get pull clutches and we frequently see them after a bad install sometimes from several 100 miles away. [removing the clutch pivot pin is the problem] and also reusing the clutch release bearing, if it’s deployed bin it. [yes you can unclip & reset but its not ideal]

The biggest problem is crunching into gear, that will only happen when the sintered part of the gear has worn down, it’s caused by either old age as in normal wear & tear or water ingress via the scuttle drain which leaks onto the gear selector & into the gearbox which in turns emulsifies the oil.

Jumping out of gear

Jumping is a different problem which normally happens when either the dogs have worn away on either 2 sides, which is drive or overrun. When this happens you will find the gearstick will be rapidly moved away from it’s normal engagement position. [ it’s normally quite a violent action] continued operation can cause damage to the HUB and ultimately the entire gearset if they break and small parts find there way between other gears. Really is not a happy ending.Due to the lack of new parts we normally have to find graded parts in that instance, same applies to mainshafts [ or crownwheel & pinion sets ]

New bearings & seals & synchros are not a problem you can still find the odd internal gear mechanism. MG types 1st & 2nd Gears can be a problem sourcing the hubs that can have integral synchros. Even recently we have recased an MG type with a new case and another MG type with a new layshaft both parts were more than a 1k each and 10 days from Italy. 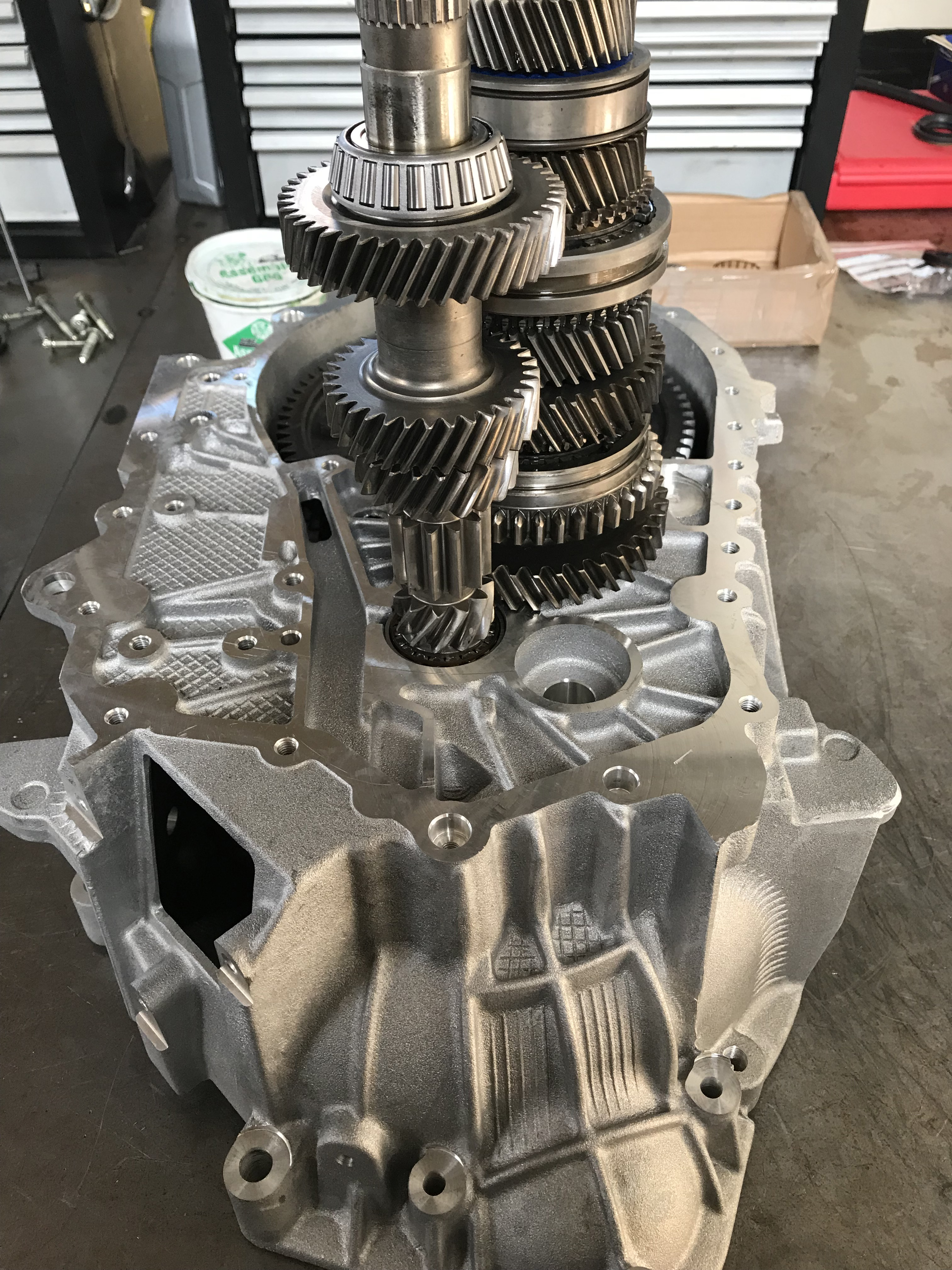 Cable clutches on these vehicles are an odd thing if you set them level with brake pedal they tend not to clear , you normally need to adjust higher. Scuttle drains should be inspected regularly and ensure the water evacuation route is clear of the selector. It’s a good idea after the winter lay up to drain the oil from the gearbox and check this has not happened.

Due to the complex set up its normally better if we have the whole vehicle , we fully understand every aspect of the transmission, linkages and Clutches that are needed to work in harmony for a decent driving vehicle. Alternatively you can remove and ship the gearbox to us, palletised and drained of oil from anywhere in the UK or internationally [ The furthest we have sent a gearbox so far is Peru! ]

I have put extensive R&D into gear modification in our on-site engineering department – We have a solid engineered fix for the sintered gears and unlike virtually every other gearbox company in the UK that will shave the synchros down in the lathe. [It’s actually pointless] We modify the gear itself.

It’s not the only problem you may face keeping the old camper vans on the road, the gear control cables have there own issues and can cause extreme stiffness in selecting when bad, as can the pivot when it seizes and also the plastic pad which is part of the Lift up & Push down mechanism used when you go through the gate, as in left to right movement with the gear stick. [not MG types]  Identifying is fairly easy the MG types have a integral diff, the ML types the diff can be unbolted from the main case.

Water contaminated ML type gearbox where the oil has emulsified, not only will it damage the sintered surfaces it accelerates wear through the hardening of the entire gearset – essentially due to lack of correct lubrication.

The scuttle drain pipe is no longer available from Fiat on P/N  1323712080 or Citroen / Peugeot 6448l4, modification is now required. We have just had one in that was holding over 4 ltrs of water plus the oil , the water came out clean an the gearset was scrap. {missing scuttle drain pipe} 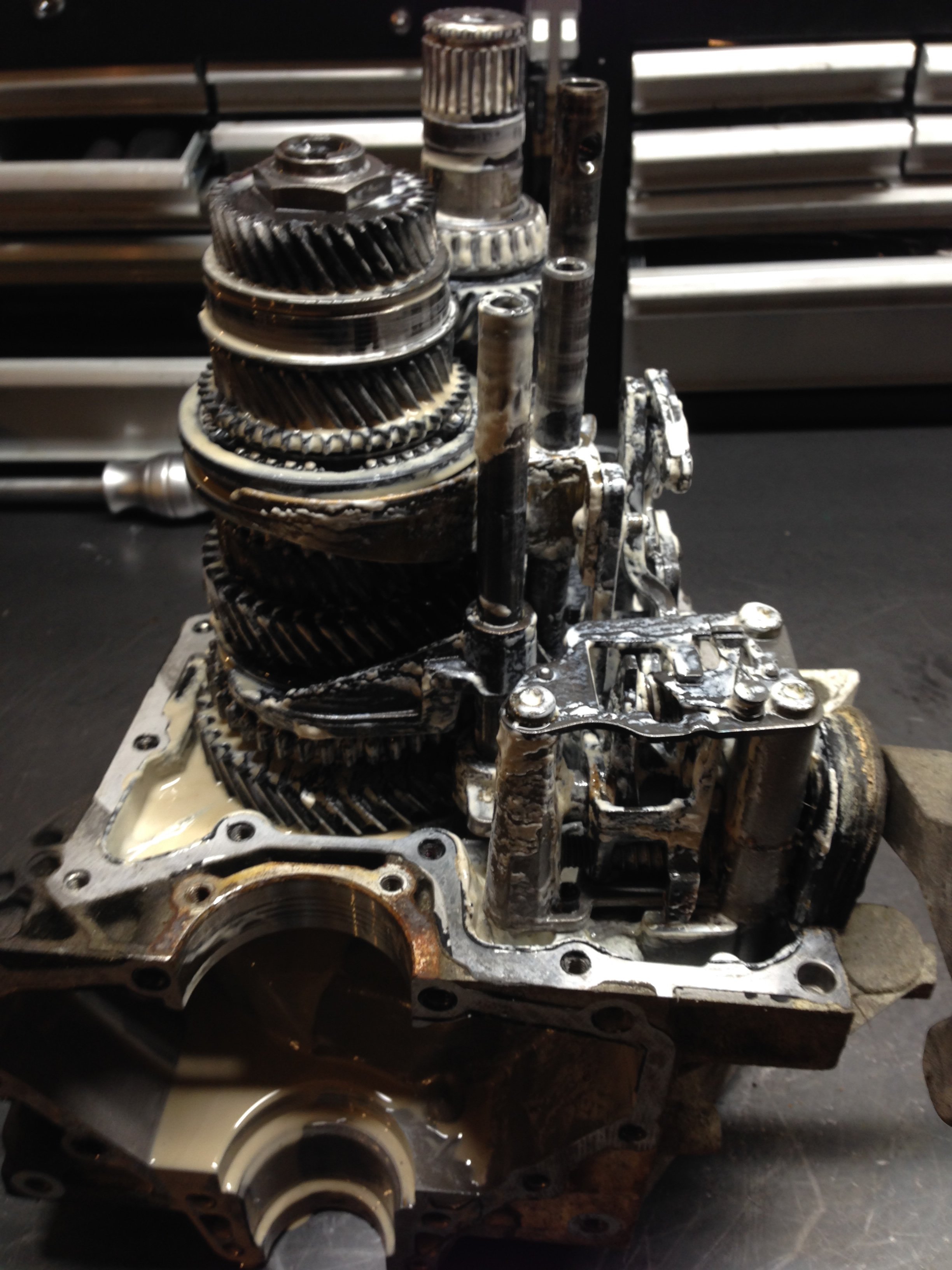