Audi A5 2009 with 88K miles, sudden loss of drive in either motion, that is forwards or backwards,  there is no “8 speed” it’s just a continuously variable ratio available with pseudo steps available if you drive it on the paddles, I feel the pain of Audi owners, when they are getting quotes of 8.5K to put things right at Audi you have to ask the question, what exactly was going through the minds of the people when they priced this up.

The forward drum had mechanically failed which just on its own is over £1400 + vat, you still the possibility off the TCM , Variators, belt, Valve body & pump etc also having issues

Loss of drive presented with 1 code and and a slight ticking noise which was more audible when reverse was selected. The variators appear to be be made by LUK and the valve body & pump is stamped LUK & Audi. The cheapest repair on one of these boxes is if the TCM has failed , which is all to common, but even that part is over a grand and vin coded , but at least you don’t have to pull the box out which is larger and heavier than the average 7.5 ton lorry gearbox.  [ It  took 3 of us to lift the unit back on the gearbox lifter ]

We carried out a selective repair which was more than 100% cheaper than a new box from Audi.

Initial fill for the dry gearbox is 8 Litres & separate oil for the diff, the canister filter can be changed [ end of cooler lines , you will need to remove a small bolt that clamps the coolers lines onto the top of the box ] the bigger internal filter is gearbox apart to change, the parking lock bolts are listed as “cheese” in the Audi catalogue, they are! we had to cut & replace. to drain the oil during a service you will need to remove a small plastic sealed insert from the drain hole.

After rebuild, all adaptions need to be cleared  at 85 degrees [ Reset all adaptions ] on VCDS and then 33ft forwards pause 10 seconds and backwards until it has relearned [repeat 5 times  ] 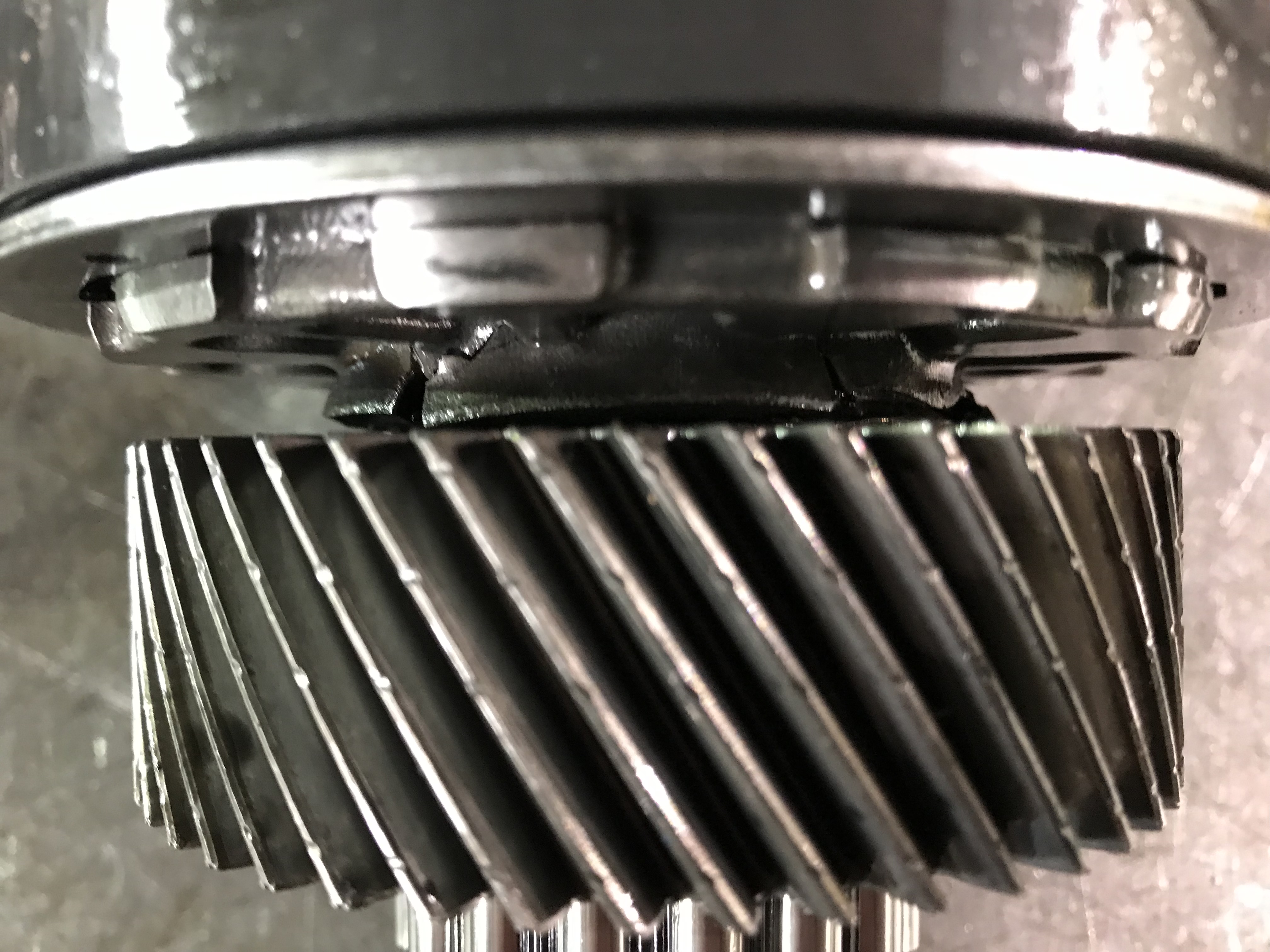